Previously I’ve assumed that the search for extraterrestrial life (SETI) is irrelevant to altruists. On further reflection I think that’s probably right, but it’s not obvious as I’d assumed. In this post I’ll argue:

I think the biggest open question is: if there is a large, very distant, civilization trying to send a message, how confident should we be that we would have already seen it? And if we haven’t seen it, how plausible is it that we’d notice with a further 10x increase in sensitivity? 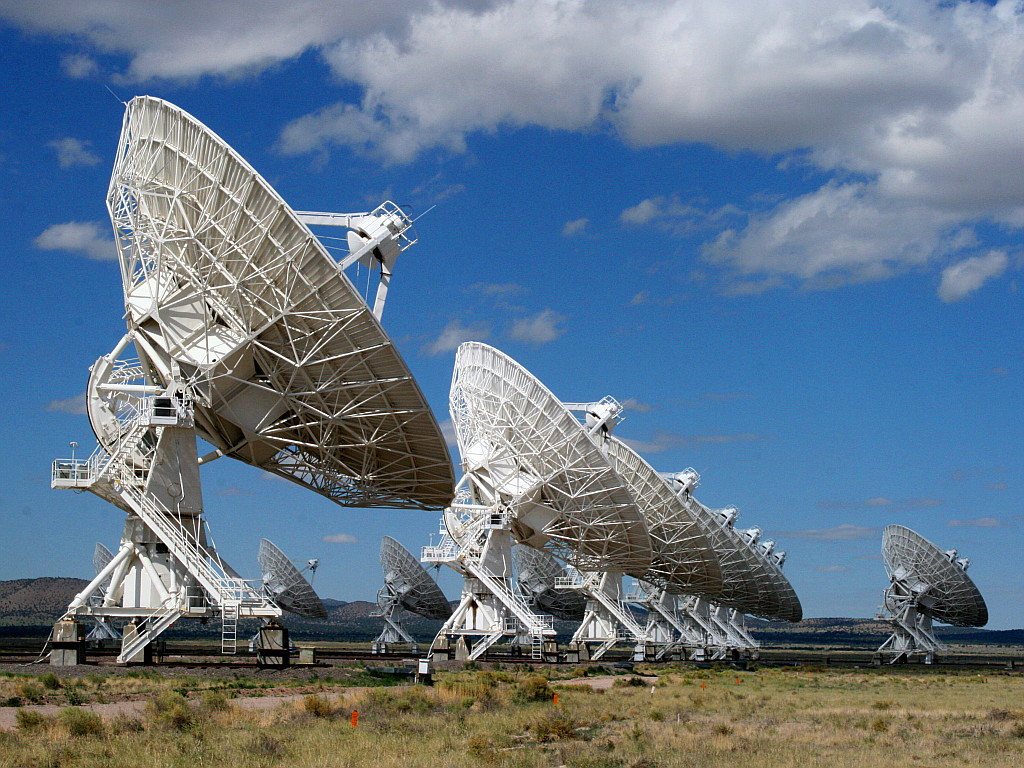 Unfortunately I think it’s very likely we would have seen a large civilization if one was trying to contact us, even if it was very far away and had only invested a small fraction of its energy in signaling (thanks to Anders Sandberg for providing some background facts). If true, the prospects for SETI seem pretty bleak. I couldn’t easily reach a confident verdict on this but someone probably has.

Suppose that SETI has searched 50% of the places that we might find an alien civilization. In the past I accepted the following argument without thinking about it too much:

A similar argument suggests goes through even if we’ve only checked 10% of the places that aliens could be. In fact, our expectation of finding anything should very quickly drop towards zero as we examine the local universe (or even note that Earth has not yet been colonized).

If we cut off the long tail of universes where civilization is very rare, in addition to the long tail where we would have already seen it, we end up with significant probability on the buckets {2, 1, 0.5}. Since our decisions only affect these worlds, we might as well behave as if we live in one of them, and hence that there is a significant probability of another civilization in the observable universe.

I’m generally skeptical about making astronomically large anthropic updates, but in this case the update is only something like ~100x, which doesn’t seem outlandish. Everything is still fishy, but after marginalizing out uncertainty and fishiness I provisionally think we should take seriously the prospect of having exactly one other civilization in our Hubble volume.

Note that the same argument doesn’t suggest an overwhelming prior presumption in favor of universes with very high densities of life—our decisions have roughly the same impact on those universes as in sparsely populated universes. The impact only begins to decrease once we drop below a density of 1 per Hubble volume, since at those values large parts of the universe end up barren.

Even if we saw aliens, would it matter to a utilitarian?

I think it would:

For example, if space colonization proceeds at 50% the speed of light, we observe aliens 6 billion light years away, and then we go extinct, the colonization wave won’t reach Earth for more than 3 billion years. In that time, I think about half of the universe we could potentially reach will have receded too far to reach. The aliens will be able to reach about half of that anyway (since they can go there directly, they don’t have to go via Earth), but the other half will be forever inaccessible to them.

If we have a 10% risk of extinction, then this translates into an expected loss of 2.5% of our future light cone. Receiving an alien message now would effectively eliminate this risk by transferring control from us to an alien civilization, so would be about as good as reducing extinction risk by 2.5%.

I think 50% of the speed of light would be a surprisingly slow rate of colonization (based on correspondence with Anders Sandberg and my background techno-optimism), but even at 90% of the speed of light we would have a 0.5 billion year wait, which would lose ~5% of the value of the future and make SETI equivalent to a 0.5% effective reduction. Overall I think that a 1% absolute reduction in extinction risk is a not-crazy estimate for the value of successful SETI in a sparsely populated universe.

If we are likely to build misaligned AI, then an alien message could also be a “hail Mary:” if the aliens built a misaligned AI then the outcome is bad, but if they built a friendly AI then I think we should be happy with that AI taking over Earth (since from behind the veil of ignorance we might have been in their place). So if our situation looks worse than average with respect to AI alignment, SETI might have positive effects beyond effectively reducing extinction risk.

The preceding analysis takes a cooperative stance towards aliens.  Whether that’s correct or not is a complicated question. It might be justified by either moral arguments (from behind the veil of ignorance we’re as likely to be them as us) or some weird thing with acausal trade (which I think is actually relatively likely).

However, it may be a significant moral mistake to “hand over” our part of the universe to randomly selected aliens. In that case, the damage from SETI could be nearly as large as extinction. Overall I think that there is a significant chance of both positive and negative impacts, but that the expected value is probably negative because the downside is so much larger (if you don’t have the option value of “Think about SETI more and do it only if it looks like a good idea.”)

Predicting the outcome of contact is really complicated and I wouldn’t want to gamble my life (or our future) without thinking about it. There seems to be a significant risk that passive SETI leads directly to extinction; that risk isn’t as broadly appreciated as I’d like.

If there are other aliens in the observable universe, I have no idea what their actual motives are. I think the naive argument above is the largest expected impact, but “something we haven’t thought of” is probably a larger expected impact.

In general the possibility of weird stuff only makes me more excited to spend time thinking through details of SETI, since there is some probability it would turn out to even more important than it looks. I think there’s a reasonable chance that SETI would turn out to be quite bad, either because some other impact dominates or because it’s a mistake to take a cooperative stance towards aliens.

Why I’m not optimistic about finding anything

My impression is that if a distant civilization used 1/millionth of a galaxy’s power to broadcast a message with a similar spectrum to a star, we’d be able to see that message from land-based telescopes, and so it probably would have been noticed by early SETI or incidentally. Moreover:

That said, there are lots of possible problems in this argument. I don’t know how carefully we’ve looked at each distant galaxy, I don’t know how obvious such signals would be if you weren’t looking in the right place, I don’t know what other obstructions there might be to transmission, I don’t totally trust the analysis of brightness and don’t really know anything about the area, etc.

So I’d really love to see an analysis by someone who is much more familiar with SETI: if there were a distant civilization transmitting with some unknown fraction of a galaxy’s power (somewhere between 1e-9 and 1e-3, say), how inevitable is it that we’d have seen them already?

Probably this exists somewhere on the internet but I couldn’t find it. If you know where to find it, or happen to have the relevant background knowledge and find the question interesting enough to figure it out, I’ll be in your debt.

One thought on “On SETI”