Someone walking around stabbing people can cause a lot of damage before anyone stops them. That’s a bummer, but some technologies make the situation much worse.

If we don’t want to ban dangerous technologies outright (because they have legitimate purposes, or because we really love guns), we could instead expand liability insurance requirements. In the case of guns I think this is an interesting compromise; in the case of sophisticated consumer robotics, I think it’s probably the right policy.

Anyone can buy a gun, but first they have to put down a $100M deposit. If you use the gun to cause damage or kill people then the damages are deducted from your deposit (in addition to other punishments).

Most individuals can’t afford this deposit, so they would need to purchase firearm liability insurance. An insurer could perform background checks or tests in order to better assess risk and offer a lower rate, or could get buyers to agree to monitoring that reduces the risk of killing many people. Insurance rates might be lower for weapons that aren’t well-suited for murder, or for purchasers who have a stronger legitimate interest in firearms. Insurance rates would be lower if you took appropriate precautions to avoid theft.

When all is said and done, about 10M firearms are made in the US per year, and about 30k people are murdered. So if $10M is charged per murder, the average cost of firearm insurance should end up being around $30k (with significantly lower costs for low-risk applicants, and prohibitively large costs for the highest risk applicants). In practice I would expect the number of firearms, and the risk per firearm, to fall.

Rather than putting down a separate deposit for every gun they insure, an insurer only needs to demonstrate that they can cover their total obligations. For example, an insurer who insures 5M firearms might be required to keep $50B in reserves (rather than a 5M * $100M = $500 trillion deposit), based on a conservative estimate of the correlated risk. $50B may sound like a lot, but if insurers charge a 15% markup and the total payouts are 30k * $10M = $300B, then the gun insurance industry is making $50B/year.

When you manufacture a gun, you automatically assume liability for it. In order to legally make guns you need insurance or a deposit, and you must ensure that your gun is traceable (e.g. via a serial number). Most of the time when you sell someone a gun, they will assume liability (by putting down their own deposit, replacing your deposit) as a condition of purchase. You are welcome to sell to someone who won’t assume liability, but that’s a recipe for losing $100M. Likewise, whoever buys the gun can resell it without transferring liability, but their insurer is going to try to stop them (e.g. by confiscating a smaller deposit with the insurer, by signing additional legally binding agreements, by background checks, by monitoring).

This amounts to privatizing regulation of destructive technologies. The state could continue to participate in this scheme as an insurer—if they wanted, they could sell insurance to anyone who is allowed to buy a gun under the current laws. They’d be losing huge amounts of money though.

We are approaching the world where $50 of robotics and a makeshift weapon can injure or kill an unprotected pedestrian. Cheap robotics could greatly increase the amount of trouble a trouble-maker can make (and greatly decrease their legal risk). We could fix this problem by tightly controlling access to robots, but robots have plenty of legitimate uses. 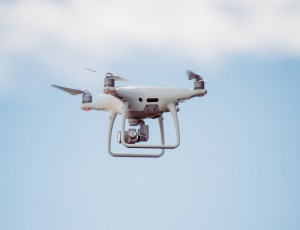 A less drastic solution would be to require liability insurance, e.g. $2M for a small robot or or $20M for a large robot. Manufacturers could make their robots cheap to insure by placing restrictions that make it hard to use it for crime or that limit their usefulness for trouble-making. (This could be coupled with the same mechanisms described in the section on firearms, including monitoring to make it more difficult to circumvent restrictions.)

It makes sense to have different requirements for different robots, but they should err on the side of simplicity and conservativeness. Insurers can make a more detailed assessment about whether a particular robot really poses a risk when deciding how much to charge for insurance.

Whether or not liability insurance is required for owning a robot, I think it would be good to require it for operating a robot in a public space. This doesn’t require sweeping legal changes or harmonization: local governments could simply decide that uninsured robots will be destroyed or confiscated on sight.